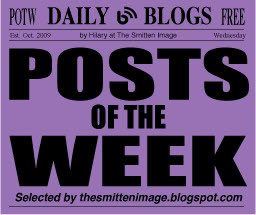 Thank you Karen and Pauline for recommending me,
and thank you Hilary  for agreeing to let them.

Molly of The Molly Bawn Chronicles posted a wonderful post about Where She Was From and at the end of the piece suggested that those of us who had not been around when the meme first appeared  in 2003 might like to give it a go. It’s interesting what comes up; there’s even a kind of template if you want to try it.

This is what came to mind when I mulled it over:


I am from the banks of a river which travels halfway across a continent, South to North,  starting out fast-flowing and angry in youth, slowing down and settling into a broad expanse before meeting and marrying the waters of the ocean and thereby losing itself.

I am from vineyards, craggy castles, black bread and Sauerkraut.

I am from a land monotonous in its repetitions of fields of wheat and cabbage, copses of beech and oak, silent bogs and waterlily-strewn ponds, peaceful behind curtains of tall poplars.

I am from sleepy villages with low church towers, four-square farms with sturdy gates, and black and white cows under  big-bellied clouds.

I am from deep blue cornflowers and red poppies, from hedgerows of hazel and hawthorn and country lanes, dead straight, dissolving into shimmering horizons.

I am from a poor people’s kitchen with a large table, a range to one side, and a bed in the attic, heat and ice flowers, summers and winters.

I am from weavers and dyers, from men called Peter and women called Katharina and Anna, from hard work and long hours,  from dogged endeavour, leavened by laughter and song.

I am from aunt Kathy with the twinkling eyes and warm heart, who fed me and hugged me, when others wouldn’t, from aunts who disapproved and uncles who smiled forgivingly.

I am from people who survived hardship and trouble, and stayed true to themselves; people whose determination and courage overcame great danger; afraid, they yet clung to what they believed to be right.

I come from people with roots in other countries, whose ancestors were blown across borders by the winds of many wars, who came to rest in the fertile plain by the banks of the great river.

I am from the teachings of all religions and none, from black-robed nuns and angry-eyed, loud-voiced firebrands, who took for their religion the well-being of all mankind in the face of greed and injustice.

I am from Linden trees lining avenues, mists rising from verdant meadows and pollarded willows stretching out their ghostly arms.

I am from windmills, bicycles, chestnuts and herbs gathered in high summer, from apple pancakes and pickled roasted beef, from christmas trees and Silent Nights.

From grandfather Peter who buried his young wife and brought up his children by telling them stories of ghosts and goblins, from uncle Gottfried, the black sheep, who fell into the ditch and died of TB, from uncle Johann, club-footed and lame, thrown into prison, again and again, because he wouldn't stay silent, from uncle Peter, POW in Russia, who met his child for the first time when she was seven years old and frightened of him.

I am from two sides of a family riven by ideology, war and religion, black and red, the colours of deep conviction.

I am from boxes of photographs of people long dead, whose bitter arguments and life-long feuds are like wisps of smoke in the wind, blown about into nothingness.

I am from people who left me a heritage valuable beyond rubies, a mind to question and probe, eyes to observe and ears to hear and dismiss the meaningless bluster of voices calling me to follow the herd and a heart unafraid to stand alone. For that I am truly grateful.