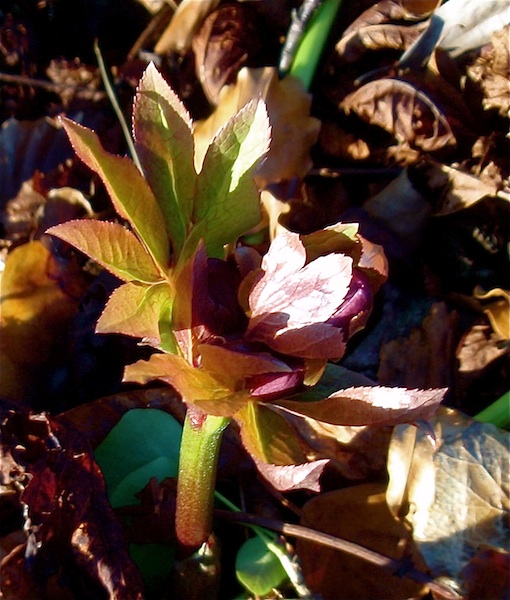 With January nearly over and the days ever so slowly brightening, social life in Valley's End is revving up a notch. On a sunny day like today people stop in the street for a chat, others call out greetings and remarks about the weather to each other across the roadway; January is dreary and dark, and nobody feels much like entertaining. Perhaps the bright social whirl that is December has also depleted energy reserves and we all use the silence of January to recover. Invitations issued now are tentative rather than full-steam-ahead, "come and have a coffee", "come to afternoon tea", or "come to Sunday lunch"; it's almost as if we have had enough of solitude and would like to try and find out what it feels like to be sociable again.

The events themselves are more like practice runs than confident performances; one elderly couple treated us to a wonderful display of bickering. Being the only guests, we took full advantage and listened avidly, not even pretending that we were occupied admiring the furnishings, paintings or other absent-minded distractions employed by the well-mannered guest. "Where is the salt?" "Why would you want salt, the food is already salted". "I like salt with my food. Anyway, you should always put it on the table". "I used it to cook, I can't remember where I left it". There was the vinaigrette, which was not added to the salad starter, but served by the side, also a cause for lengthy regret. Or a book needed to be fetched to illustrate a point about a play nobody had heard of. "Why would you need to do this now, the food is getting cold." The question of coffee arose before the pudding arrived at the table. "Do we have any decaf?" "Of course, we do, it's in the larder". An exhaustive hunt for decaf coffee remained unsuccessful. "Why didn't you get some?" " I meant to but it slipped my mind". You really need to write things down, you know". "Why didn't you get it when you went to the shop?" "Could you try this drink?" handing me a bottle. "I think it might be a dessert wine, somebody gave it to us, I can't remember who". I tried it."This is grappa, not dessert wine". Oh, that'll be lovely with coffee. Would anyone like some apple pie?" "How about the cheese, we still haven't finished the red."

This is a couple who entertain frequently and elegantly.

Then there was the "come for coffee" invitation. Lorna's house was freezing. She was wearing several layers of winter woollies, fingerless mittens and fur-lined boots. Indoors. "Hasn't it turned warm", she said. The wood burner threw out a feeble heat, having been fed very reluctantly. We nodded politely. When the one log in the burner was reduced to no more than an ashen shadow of its former self, she asked again "Is anybody else really hot?" before selecting another log. Nobody answered. Her cats were huddled on a cushion in front of the burner while the guests shivered. Beloved went into the hall and fetched his thick, icelandic scarf, draping it round his neck. Lorna smiled. "That's the ticket", she said. 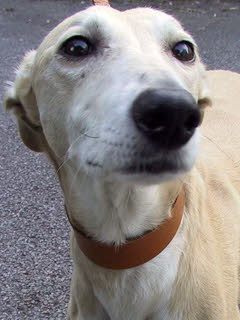 I wouldn't want you to think that I don't invite people to our house. Only yesterday we had a delightful elderly lady and her lurcher to tea. They came for the first time and she was very complimentary about house and garden. Mona is a real lady, much more so than me, a writer and poet, with old-school impeccable manners. I wish I could say the same for the dog. Anybody who reads this blog regularly knows that I tolerate well-behaved pets and children happily, I am kind and don't banish them to the scullery. Archie was not well-behaved. He stole a piece of cake which I had left on the kitchen table, and when I lifted the cake plate up onto a freezer, he jumped up, nearly pulling the plate down. I told him off and he went to his mistress who was sitting on the sofa in the sitting room and promptly jumped up to sit beside her. Pets and children are not allowed to sit on the furniture in my house (well, maybe I'd let a well-behaved child sit down), Archie was not pleased when I told him to get down. It took him three attempts before he understood that I'm the pack leader and that my word is law. Benno didn't lift a paw to help me and Mona smiled sweetly. Mona is a dear, vague and wispy, scattering belongings wherever she goes. I thought I had made absolutely sure I had collected every item she dropped during her visit, the dog's coat, her coat, her bag, her stick, the dog's lead, a book, some papers, and her boots. After she'd gone I found her scarf and gloves.

We need a lot of practice before we all get back into the swing of social life.