This time of year there should be little of the hard-work-kind-of-gardening. Some cutting back, some pruning of shrubs that have finished flowering, keeping the lawn cut, watering in dry spells, dead heading roses and such like being all that is required. Normally. But for me and my garden this is not a normal year. On the face of it it all looks okay-ish; a bit more than lush maybe, but not too overgrown. 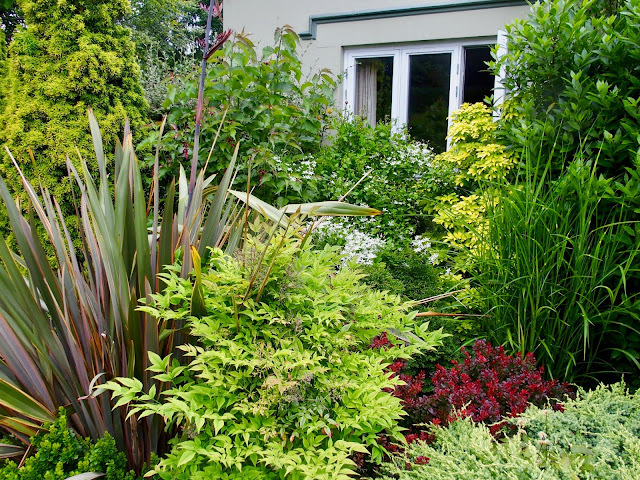 But look behind and in-between and you’ll soon see what a mess it all is. Three years of neglect don’t  just leave superficial scars. Yesterday I found a 4ft high clutch of thistles, merrily sprinkling white fluffy seedheads for next year's nightmare. Gentle, lady-like weeding is not called for; I trample through great thickets of the nastiest, most pernicious weeds and rip them out by the sackful. Anything that was meant to be there has either been choked to death or is being ripped out with the nasties. 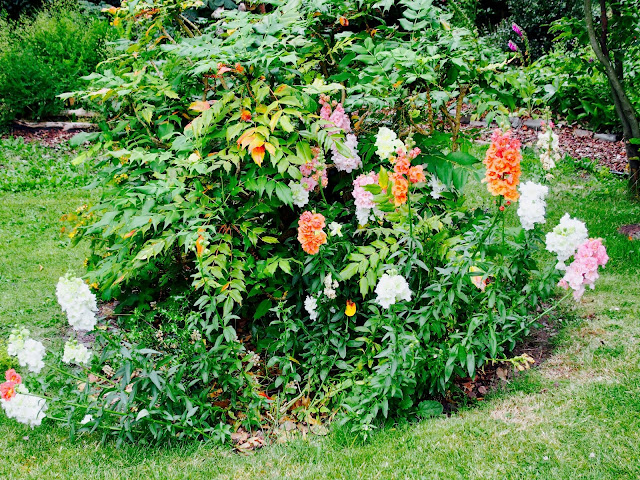 You know how I’ve praised Old Gardener in the past and moaned about Paul's lack of effect. I tried a new chap but I didn’t really take to him. Besides, he was far too expensive. I don’t mind paying for good work but he didn’t make much difference during the basic 2 ½ hours he was here. I think he wasn’t impressed with me either, he wasn’t keen on setting another date.  Instead, Paul has been coming a couple of times per week when the weather suited. This is what happened: during a tea break we had a chat. I had worked out in advance what I was going to say and I kept to my script. In effect I asked Paul to become my new Austin. I said I didn’t expect him to work as hard as Old Gardener but I hoped he would show an interest in the state of the garden. Give me feedback, make suggestions, answer questions, trust himself to do a decent job without constantly needing me to instruct him. Come twice a week some weeks, at least until we had created some order out of the chaos. (My pictures really are very selective!) 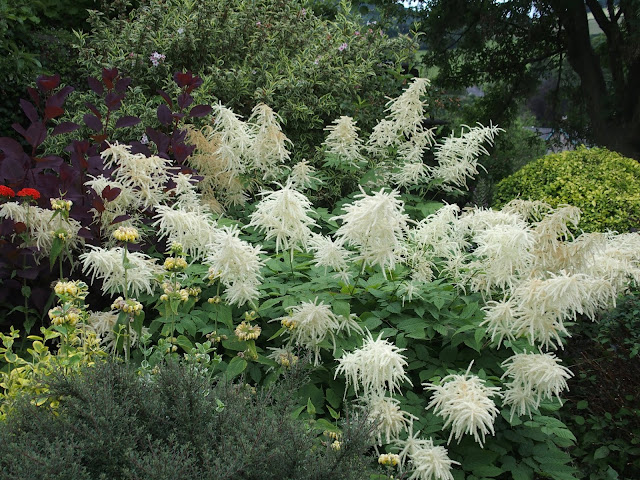 And this is what happened next: Paul started off by saying he could not be someone else, he could only be himself. But we could maybe make a start and see how we got on. He told me about his mental illness, his physical problems, all of which I know about and will respect. I promised that I will never ask him to do more than he can but hoped that he wasn’t just the chap who came and did what he was told, collected his wages and left, without having shown commitment or responsibility. 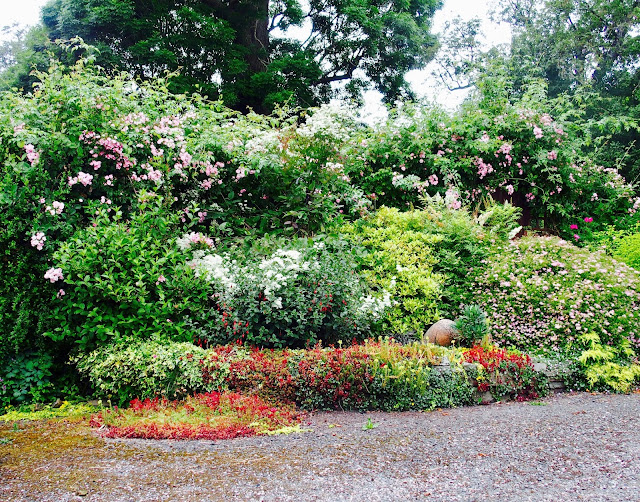 So far it’s worked. I hate having to get used to new people all the time and I’d rather put up with a bit of inconvenience than training yet another helper. Besides, Paul knows his way around a garden, making him use his knowledge can only be of benefit to him. Since we worked more closely together I have praised him and I think he was glad to have this confirmation of his worth. He has actually looked at me, responded to initiatives and even cracked a smile and told a joke. He has also told me a tale of his past. Maybe there will be more gardener’s tales? Of a completely different kind than Austin’s of course. Paul is a townie, formerly in advertising, who started to garden for the love of it. 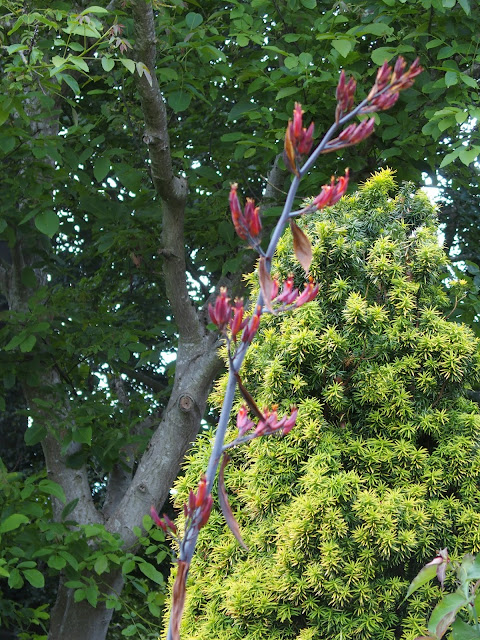 Let’s hope this phormium is a sign that things will work out. I have been growing phormiums for at least twenty years and never had one flower. Suddenly, this 10 foot spike rose out of the plant practically overnight, gradually opening weird flowers. I know that for the Kiwis amongst you this is almost a weed growing on your hillsides, for me this is an event to be appreciated. I have been told that the individual section of plant will die next spring but I can divide and separate younger shoots and replant them, also in the spring.

Maybe this gardening life will be fun again, it is definitely lifting my own sadness and doing me good.