The Happiness Factor - Can I get hold of it? Part I

`’Do you live here all by yourself?”

Micky was new to the German Conversation group. She hadn’t been to my house before and during her visit she went and stood at every window downstairs looking out on to the garden covered in gold, red and orange beech leaves, the dark shapes of the yews and hollies punctuating the afternoon gloom and the vistas of the hills beyond my hedges. “Beautiful”, she said, “it must be a lot of work.”

It’s only when somebody else remarks on it that you realise that, yes, you are all alone in too much space, that the space calls for more work than you could cope with if you had to do it yourself and that, really, could you be considered selfish? Apart from having it brought home to me in no uncertain terms that I am indeed completely alone now I pushed the thought away. Environmental footprints, paying others to do my unpleasant work, using up more resources than one person should are all genuine and valid concerns, but I don’t want to complicate my life more than it is. For now.

There has recently been yet another study into the happiness factor. Truly happy people are ‘people who need people’, who have strong bonds with friends and family and regular contact. As you all know I have no strong bonds with anyone, I don’t feel I need people, but there are periods when I feel lonely, dejected, depressed. So I am giving the happiness factor a chance to invade my world by accepting every invitation, grab every opportunity for social interaction, take up any cultural entertainment on offer, talk to people in the street and in shops and butt in to casual conversations of a general nature. 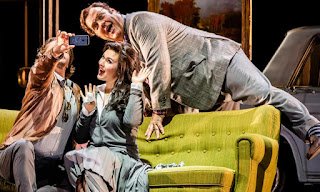 The cultural entertainment part has been a great success: Donizetti’s Don Pasquale with Bryn Terfel as the elderly bachelor conned into thinking he is marrying a supposedly demure convent girl, only to find her a domineering, even tyrannical wife the moment the ring is on her finger, was fun. Terfel was made for the role.


Then there was an excellent production of
A Midsummer Nights Dream with Titania being played by Gwendoline Christie. The theatre becomes the forest – a dream world of flying fairies, contagious fogs and moonlight revels.
Hammed Animashaun was a very funny Bottom. 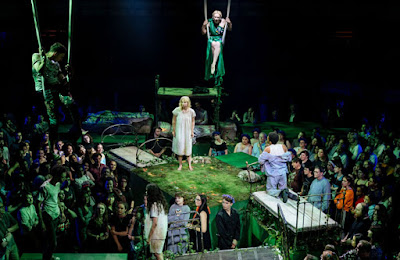 I’ve seen ’The Dream’ a number of times, this production will stick in the mind and not only because of well known stars of small and large screens. 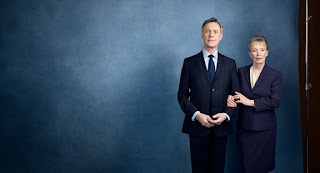 Lastly a new play ‘Hansard’ about the private life of a Conservative MP under Margaret Thatcher
who comes back to his house in the Cotswolds after a week of controversial debate in London. There are only two actors on stage, the MP and his wife, who start out sparring in a sort of routine way but as the day draws on the familiar rhythms of marital scrapping quickly turn to blood-sport.

Lindsay Duncan and Alex Jennings were excellent. Towards the end it became so harrowing I held my breath.

So, the cultural element of my past few weeks was a success, enough to let a chink of happiness through my anti-social armour. Now for human interactions.